Thanks guys! I am going to clean this scene up a bit and put it on the sample scenes page, because it is remarkably fun to play with.

Reason being, not only is apollo good at finding such paths, but the emitter used is not really as shown in the diagram — I only showed a Thomas An. Collimator™ in the diagram so that you could get an idea of where it is, but in fact it is using an emitterProjector node to restrict the emitter’s aperture, which makes this very efficient; for example, here I have rendered it for 30 seconds on my haswell laptop just to give an idea: 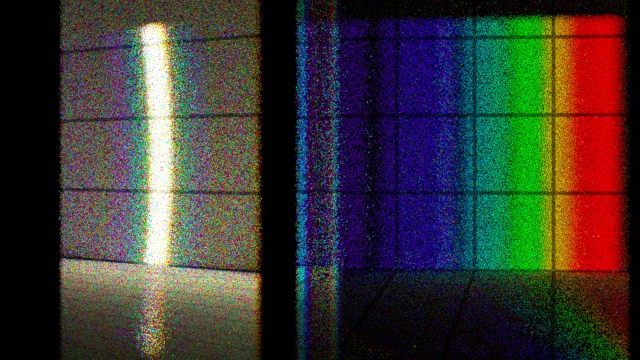 There are some other interesting situations as well; here is the laser off, ambient light on, and a grid texture placed on the back wall: 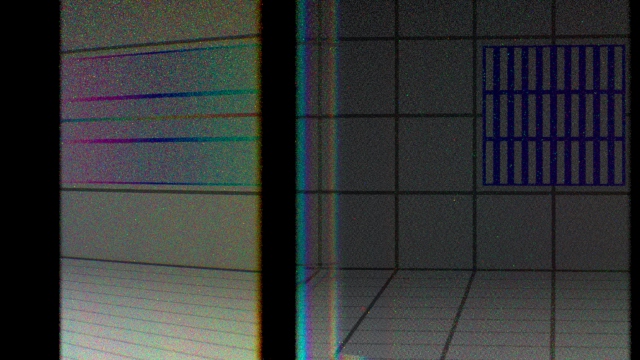 Or laser & ambient off, with a white emitter plane on the back wall, instead: 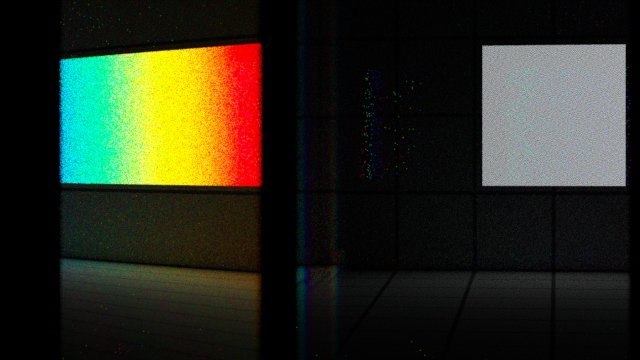 At some point I will try the more traditional double-prism recombination, but this way was just too easy (and it did indeed occur to me the way I said, wondering what the laser sees), since by parenting the camera and laser to the same transform, they are guaranteed to stay in perfect alignment, regardless where you move them.

That said, I did do another type of test in a similar vein, but have not spent the time yet to get it perfectly aligned: 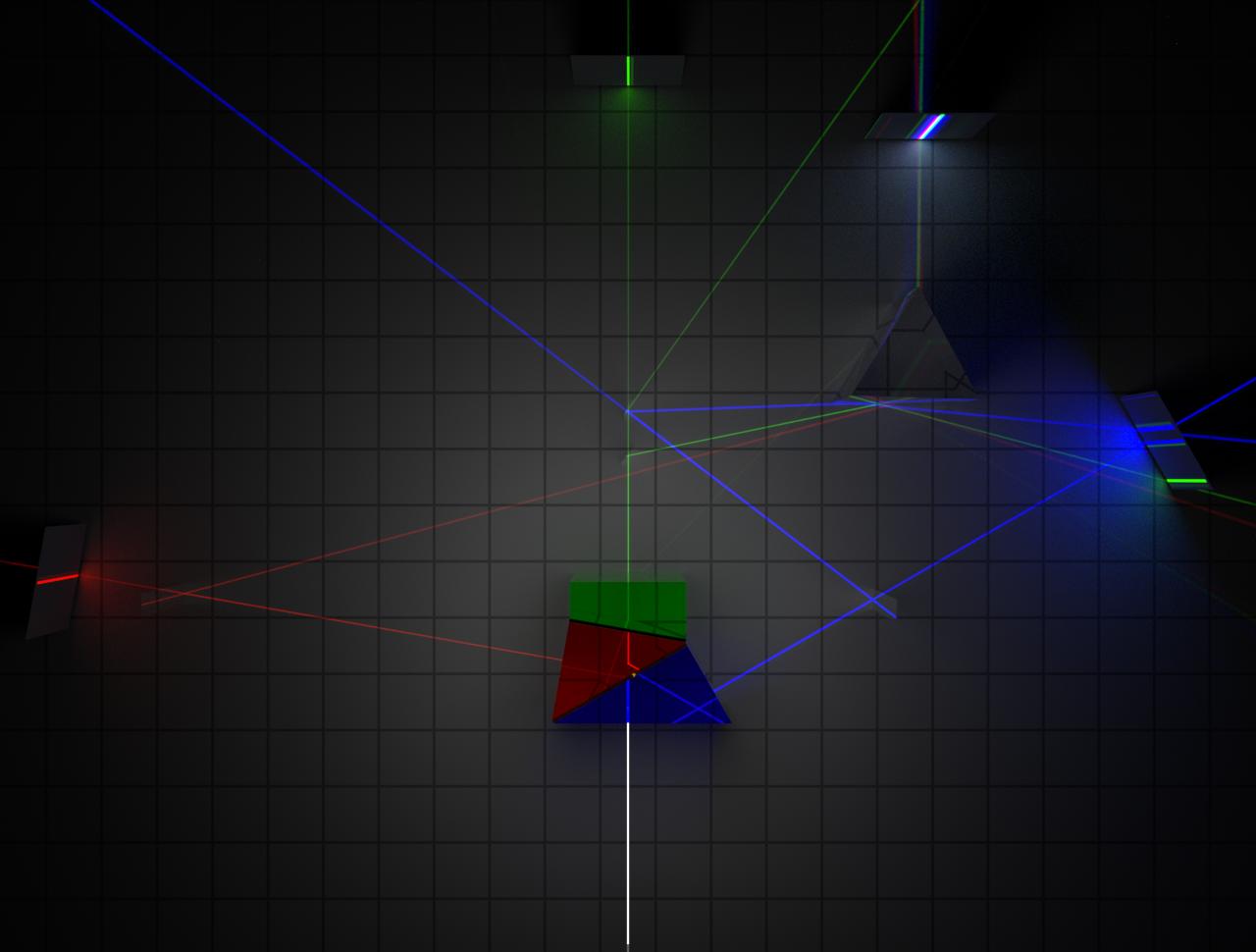