Thanks Andreas, IES has always been on our to-do list, I very much understand how important it is, but it just has not yet risen to the top. And of course you can already use lumens if you wish.

It looks like mold-tech would be a no-go, as luxion claims to have an exclusive partnership with Standex, but I get the point about having easy to use ready-made materials, and I was touching on an aspect of that above, when talking about how I want a material that lets a pro build it, but rather than be set in stone, to also let the author expose just a few parameters for tweaking by the end user.

Regarding the shadow-catcher, just so I understand this correctly, if we have this regular render:

The problem you are pointing to is that when we catch shadows with the plane, we don’t have a shadow here, in the reflection: 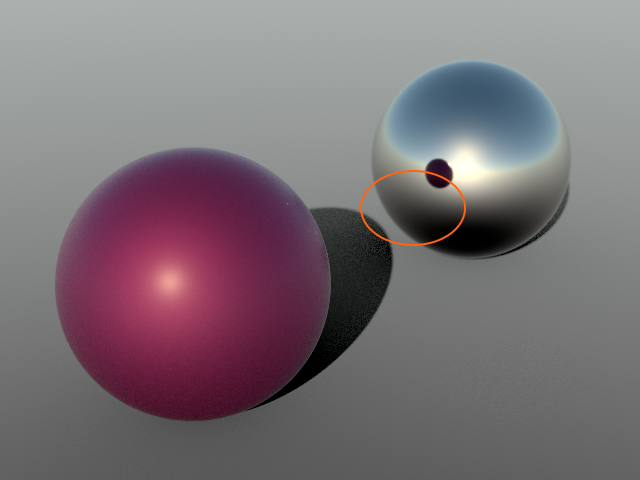 If so, then Albert can take a look and see what we can do.

Regarding materials, Bella’s use a very physical layered model. We have the substrates you start with, conductor/dielectric mainly, and we then have a physical layer you can add, which is truly simulating reflection & refraction bounces within the virtual thickness (unlike mw which works more like photoshop layer blending, not like a true physical layer). With the Blend material, we also do have a photoshop type of layering, but you can layer an arbitrary number of entire materials, either by blending or by ordered stacking & masking.

On cpu & gpu, we are indeed working on a gpu solver, but it is not just an add-on, it is a new core that will be implemented very similarly on both cpu & gpu, and will (to be precise, provided no showstoppers crop up — and things are looking very good so far) eventually replace all of our current production solvers. The cpu implementation will come first, and it is looking to be many times faster than what we have now.

Oscar will probably shoot me for showing this, since it is in-process and not even optimized yet, but here is a test scene rendered for 2 minutes on my (pretty nice 4930mx, but around 7 years old) laptop with our current atlas solver: 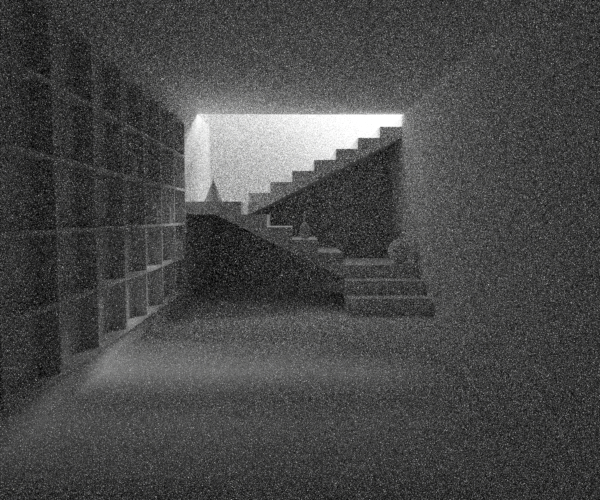 And here is 2 minutes on the new jupiter solver cpu implementation: 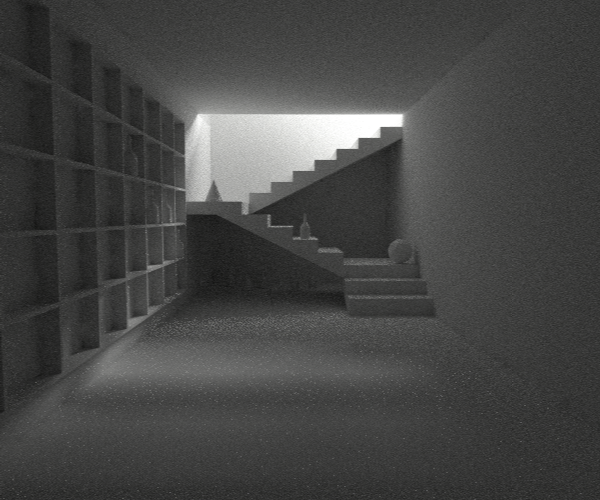 And — this is with various optimizations disabled, and with some problems due to being under heavy development — which included using only half my cpu threads.

We understand well the need to leverage advances in hardware, but at the same time, we do not forget that you cannot just sit around and wait for new hardware to give you improvements, and have to keep pushing forward on new algorithms, which can get you breakthroughs both on new, and existing hardware.